A Brief History of SAVES 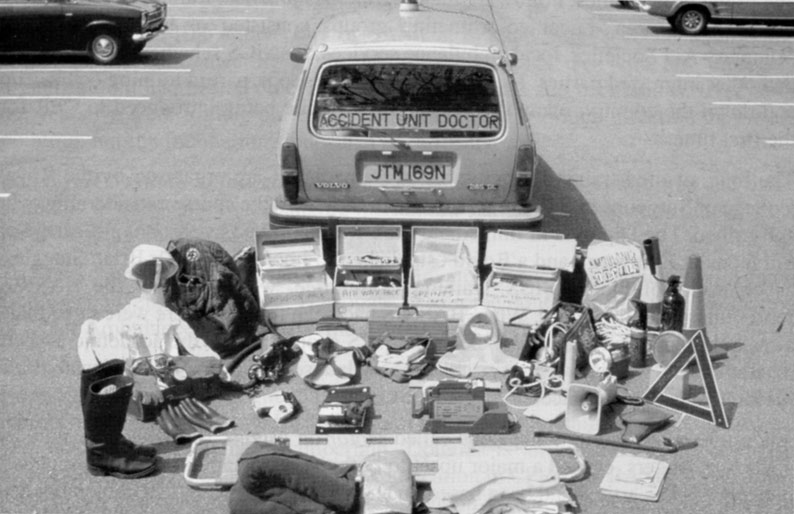 Immediate care schemes began to develop in the UK in the late 1960's and early 1970s inspired by pioneering GPs such as Dr Ken Easton in Catterick and Dr Kenneth Mourin in Coventry. Closer to home, Accident and Emergency Consultant Roger Snook started a hospital-based flying squad in Bath in 1967 responding to incidents in his own car using his invention - the "mediflash", a green and red beacon attached to the roof with magnets.

The Somerset Accident Voluntary Emergency Service (SAVES) was one of the earliest of the established immediate care schemes and was founded in 1971 in North-East Somerset by local GPs Dr David Rawlins and Dr Donald Thomson and Mr James Kennard (whose wife had been involved in a Road Traffic Accident). The constitution stated its object as "the relief of persons suffering sickness or injury by the provision of immediate medical treatment to any person injured in any serious accident or medical emergency..."

Neighbouring practices were invited to become involved and a committee was set up chaired by Geoffrey Bayman. Sir Dan Mason took on the role of President and was active in raising funds for the new charitable organisation.

A pilot scheme started with borrowed equipment on 1st August 1972. Dr Rawlins attended the first call on 2nd August (his birthday) treating a motorist trapped in his car after an accident on the A361.

By April 1973 twenty doctors, across the county, were fully equipped and linked to the Somerset Ambulance Service with two-way radio equipment.

Dr Rawlins, in particular, was heavily involved in national developments in bringing together local immediate care schemes in the 1970s. Initially SAVES was affiliated to a subcommittee of the Medical Commission on Accident Prevention and went on to become one of the founding members of BASICS (then known as the British Association of Immediate Care Schemes). Dr Rawlins was the first honorary secretary of BASICS and remained chairman of SAVES until 2012 when he handed on the baton to Dr James Hickman. Dr Rawlins continues to be involved as the President of SAVES.

The developments in the ambulance service and the advent of paramedics in the 1980s and 1990s led to some questioning of the need for immediate care schemes and SAVES membership diminished. In recent years, however, there has again been an increased realisation of the value of advanced pre-hospital care and SAVES is again flourishing. It not only acts as a support body for a network of volunteer immediate care doctors across the county but also provides education and clinical governance and is involved in continuing developments in pre-hospital emergency care.

In March 2010 SAVES linked with Plims and TACTICS (the two Devon immediate care schemes), and also BASICS Cornwall in a federation known as "BASICS South West" providing mutual support and representation of the schemes' interests.

Copyright © 2022 SAVES, reproduction of copy and images is not permitted without prior permission.